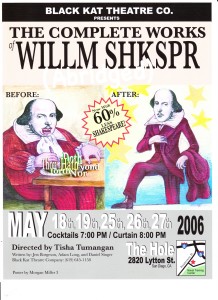 In 2006 we founded Black Kat Theatre. Our inaugural year turned out to be a busy one (3 shows and 1 fundraiser in just 8 months!) Although our focus is primarily on original work our first show, ironically, was not. The Complete Works of William Shakespeare (Abridged) was a fun way to christen our new company by paying tribute to one of our favorite playwrights. We finished off our first year as a company with two original shows- Save America and 2006 In Review: A Living Newspaper. Even though we were just starting out, we were well on our way to finding our unique style and sound. 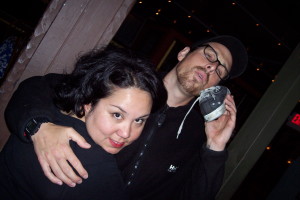